Cultural Routes of the Council of Europe: Sustainable Drivers for the Definition of post Covid-19 strategies 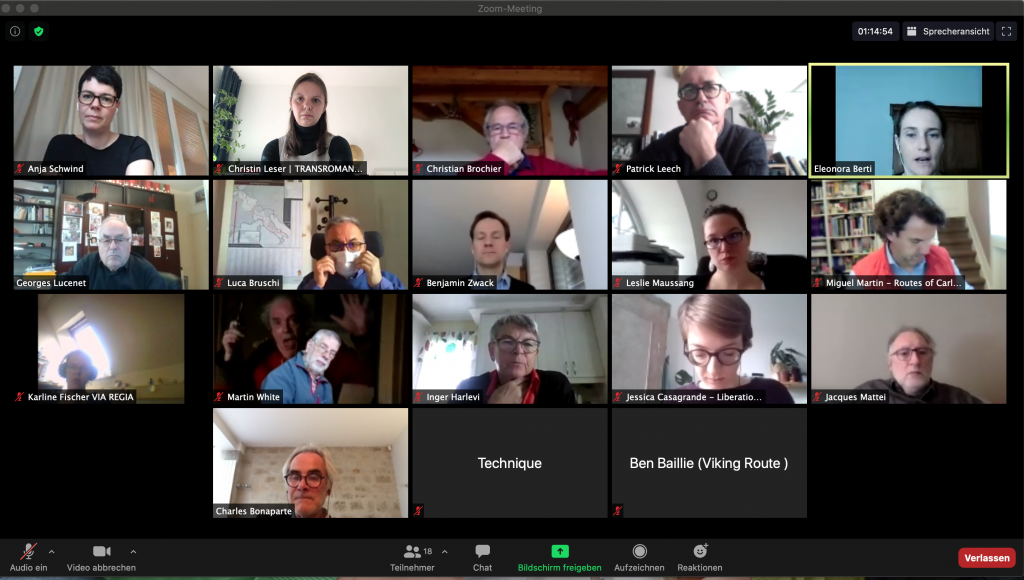 Following the initiative of the Destination Napoleon and Via Francigena and upon invitation of Charles Bonaparte, a number of certified Cultural Routes of the Council of Europe came together for a first discussion and exchange on the draft version of the manifest and towards a common strategy of the Cultural Routes through and beyond the current crisis.

Awareness raising, strengthening of the brand „Cultural Routes of the Council of Europe“ but also the definition of specific action plans and responsibilities within the contact and working groups were on the agenda of this first meeting.

TRANSROMANICA joined this initiative together with Destination Napoleon, Via Francigena, The Hanse, VIA REGIA, In the Footsteps of Robert Louis Stevenson, the Viking Routes, ATRIUM, The Route of Impressionists, the Liberation Route, and European Routes of Reformation.