On 27 September 2021 the TRANSROMANICA association held its annual General Assembly and welcomed all its members of the consortium due to the still on-going situation of the COVID-19 crisis in the frame of a zoom meeting online. The chair of the General Assembly had Mrs. Christin Leser, Managing Director of the association.

During the Assembly all members shared their experiences and thoughts about the still on-going situation of the COVID-19 crisis during a roundtable discussion. They highlighted the still strong to record increase of the domestic tourism and travel caused by the pandemic and reported about the vaccination process in their respective area all across Europe. Also they gave insights about their activities, new projects, challenges and developments independed from the tourism activities in their respective area duing the last year.

In this frame a new Executive Board election was held as this is a regulatory to the TRANSROMANICA statutes and has to be held every two years. The official invitation sent out to all TRANSROMANICA members emphazised the consortium to run for election and standing for a position in the Executive Board before the meeting. 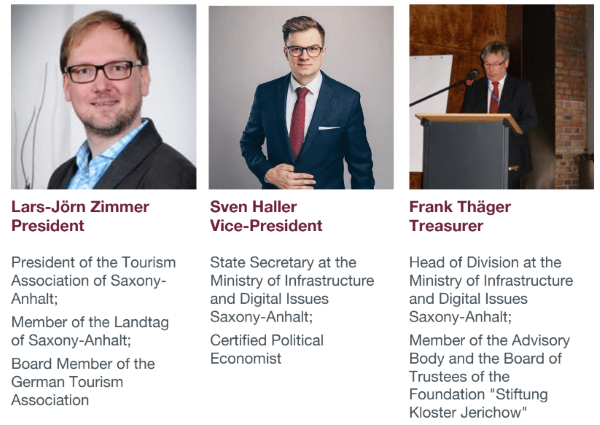 Next year´s General Assembly will be hosted by our friends and members of the Rota do Românico and take place in October in Lousada (Portugal) alongside of the International Congress of Romanesque on 18 October 2022.